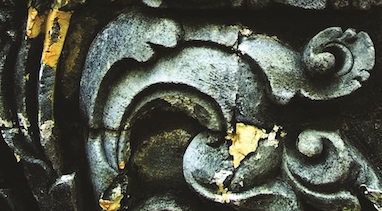 N. K. Jemisin won the 2016 Hugo Award for Best Novel with a novel about earthquakes and stone-related superpowers. Unsurprisingly, I can fully get behind that.

We are shaped by our environment, and we shape it in turn. N.K. Jemisin takes this conceit to a new, interesting place. In the realm of her story, the Earth itself is said to actively hate the pesky humanity infesting its surface, and tries to get rid of it by using every geological weapon one can think of. Human civilization has adapted to frequent earthquakes, supervolcanoes and other disasters by accepting that every couple of hundred years there’s a massive cataclysm that just has to be endured, and by basically breeding some of themselves as a caste of living tools or weapons against the planet’s anger.  The book starts when the game board is basically tipped over, and a superdisaster turns into an Outside Context Problem for even the ultra-prepared, survivalist-minded empire that has lasted thousands of years.

Even so, The Fifth Season is not a post-apocalyptic story, not entirely, at least. It’s a story about the living weapons used to control the dangerous geology of the world, about dehumanisation, oppression, cruelty, anger and fighting back. It’s about superhuman powers, big mistakes, strange societies, and trying to control the present by controlling the past. But more than anything, to me, it’s about stone. I love stone, as one might guess: I’m not a geologist, just an enthusiastic rock climber and a caver, and I love the way stone feels, the multitude of forms and shapes it takes, how it can at the same time be your best friend and your worst terror. This is all reflected in the novel. It’s all stone, all the time. It’s brilliant.

I may not be best qualified to judge The Fifth Season, since it speaks so directly to my personal perversions. I have to confess that when I first heard that the Best Novel Hugo went to a fantasy novel (which it isn’t, exactly) that’s the first part of a trilogy (which it had better be), my reaction was a groan. Then I read the first chapter, and I was sold. Hell, I was sold after the first sentence:

Let’s start with the end of the world, why don’t we?

This is good stuff. It’s without question an award-worthy novel, well written, imaginative, full of incredible worldbuilding and fascinating situations. The characters I’m lukewarm towards – they are all right, I suppose, but I’m mainly here for the big stuff. Societies. Worldbuilding. Mysteries on a grand scale. Tectonic plates and volcanoes. Admittedly, I’d have liked there to be even more of this, maybe even a bit more disaster porn about the apparent end of a huge empire, but I think the human scale Jemisin focuses on works to the novel’s advantage in the end. Still, the book could be longer. Right now the first part of a trilogy feels like just setting the stage for what will come later, which always feels a bit like cheating. But it didn’t matter that much. I wasn’t impatient for the story to “get on with it”, I just wanted there to be more.